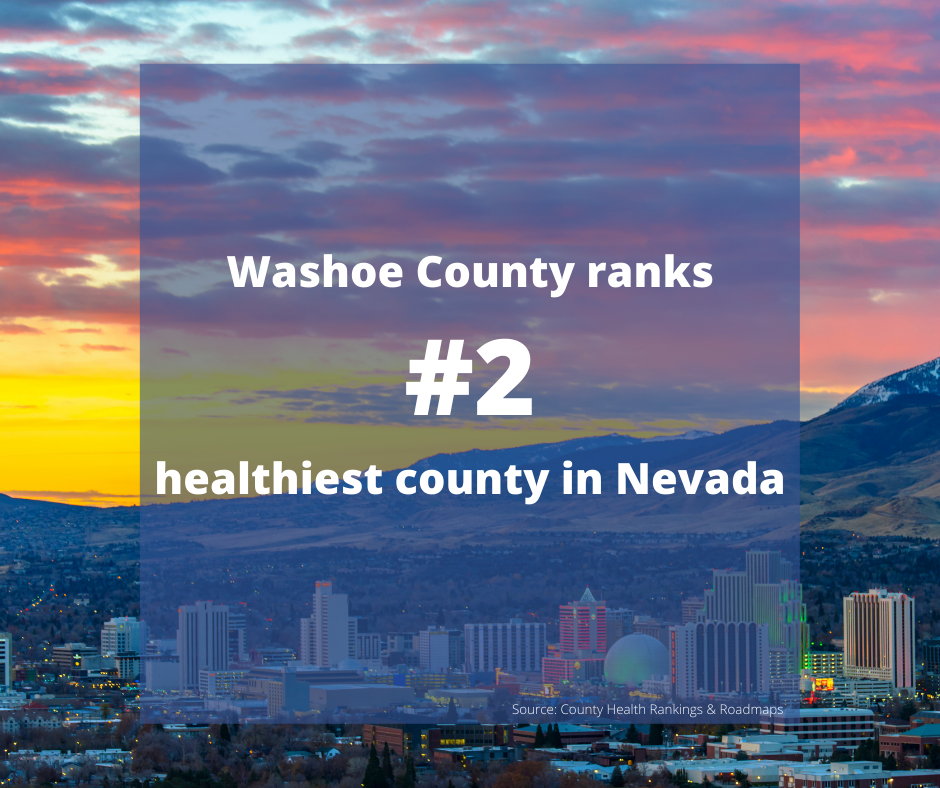 April 27, 2022. Reno/Sparks, NV – The County Rankings and Roadmaps program released their 2022 rankings on Wednesday and Washoe County ranked second in the state of Nevada.

The rankings, which assesses data across a multitude of factors that affect people’s opportunities to live healthy lives, as well as community health outcomes in all Nevada counties and around the country, showed Washoe County ranked well compared to other Nevada counties in health outcomes, as well as health factors such as health behaviors, clinical care, social and economic and physical environment.

Washoe County did not rank well in housing problems such as overcrowding and high housing costs, where it received Nevada’s second highest ranking in residents experiencing housing problems at 17.9% (behind Clark County at 19.5%).

“As a county we are making great strides in public health but there is still much to accomplish,” said Kevin Dick, District Health Officer in Washoe County. “Working with partners in the community, we can use these rankings and the data behind them to identify and address barriers to healthy lives for residents of Washoe County.”

The County Health Rankings & Roadmaps is an initiative of the University of Wisconsin Population Health Institute and the Robert Wood Johnson Foundation. The goal of the initiative is to improve health outcomes for all and to close the health disparities between those with the most and least opportunities for good health. More information here.